Bung mang vit is Vietnamese duck and bamboo (shoots) vermicelli soup is one of my favorite noodle soup.  My kids enjoy eating this too.  I’ve always eyeball the ingredients and seasoning to cook this noodle soup but documented this pictorial recipe for my children to learn later on with the help and guidance from my friend, Luke Pham.  He helped me plate the food and adjusted the seasoning to perfection.

1.  Soak the dried bamboo shoots the night before cooking.

2.  Strain the soaked dried bamboo shoots and slice it into strips. Then cook it in light constant boil for 30 minutes. Strain and soak in water with a half tablespoon of salt.

3.  While soaking the bamboo shoots in salted water, I peeled the onion, shallots, daikon, and ginger. Bruised the ginger roots.

9:15 am: Put all these into a 24-quart pot and fill the pot with three gallons of water. Cover pot with lid and bring the water to a boil.

Then strain the soaked bamboo shoots in colander.  Set aside.  Cut and slice the fresh bamboo shoots. Then soak it in water with half a tablespoon of salt for about an hour.

4.  I chop the ducks’ head, neck, and feet off so it would fit into the pot easily.  When the stock boils, I added the ducks into the pot and added half a gallon of water on light steady boil for about 50 minutes.   (Place a towel underneath cutting board to keep the board from sliding and moving around and to catch the splatter.)

5.  Scoop out the ducks and discard the shallots. I added one gallon of water to fill up the pot.  Lower the heat and let it simmer on medium low.

6. Chop up the ducks.  (I threw back the backbones, head, necks, and feet into the stock pot but then realized at the end that it wasn’t a good idea because the bones fall apart and took me a while to scoop out the bone fragments mixed among the shredded bamboo shoots.   So that’s something I wouldn’t do next time.)  Luke recommends to carve the ducks to debone the meat next time.

7.  Scoop out the onion bulbs since it’s soft by now. I added half teaspoon black pepper, four tablespoon sugar, and two tablespoons salt. Simmer the broth for 30 minutes and then add the brined bamboo.  I simmered the broth on medium low for an hour or until the dried bamboo is soft.

Important:  Luke helped me adjusted the seasoning to perfection since my broth was still a bit bland.  He added 1.5 Tbsp sugar, 2.5 Tbsp salt, 2 Tbsp of chicken powder with no MSG, and 3.5 Tbsp Viet Huong fish sauce.

8.  12:20 – I added about half a cup of fried shallots into the stock at the end. I kept the heat on low setting while I prep the vegetables and herbs.

Tip for shredding banana flower:  Before shredding the banana flower, prep a large bowl with water, lime juice, and lime peel. Place the shredded banana flower into the lime water mixture as you shred. This will prevent the flower from browning.

Tip for shredding the purple cabbage:  Luke came just in time to help me shred the purple cabbage.  He soaked the purple shredded cabbage in water which will turn blue.  Then strain it into a colander.  He said this is necessary so that the purple cabbage will not darken the noodle soup.  He’s the first person I know in my life that can shred cabbage so thin and fine.  But then he started helping out his mom in the kitchen since he was seven-years-old, so I can’t compete with his knife skills.

Luke even helped me plate the food.  Enjoy!

Luke helped me make the goi vit and used a bit of water, distilled vinegar, sugar, and fish sauce mixed in.   For me, I just toss the duck meat, noodle, broth, and all the vegetables and herb into a big bowl.  I’ll dip the meat into the sweet and sour ginger fish sauce or pour some of the ginger sauce into the bowl.

Notes: I used two whole ducks and for the amount of duck meat my 19-months-old little man and daughter are eating, one 5-pound duck is enough for four large bowls and two little bowls of noodle soup. My 24-quart pot of stock allows me to freeze 9 quarts of broth, two quarts to give away to my friend, and I was able to make 7 large bowls and 4 little bowls of noodle soups with the remaining.

I invited Luke over at one o’clock to eat but we didn’t actually sat down to eat until three something.  I blame it on my little man.  And when we sat down to eat, little Ethan didn’t want to eat.  He discovered the magical elasticity of Mr. Luke’s shirt and so while everyone’s eating, he had a blast of fun yanking and pulling on Luke’s sleeve and giggling so hard.  It was hilarious watching this little man. And when everyone’s done eating and cleaning up, that’s when he decided he’s hungry and likes the duck noodle soup.  Ethan finished his bowl quick too. 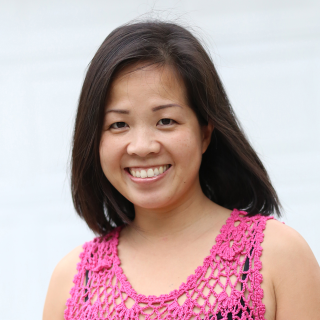